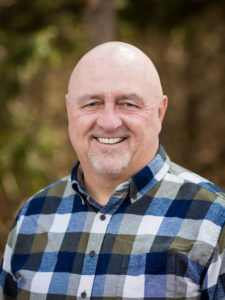 In 1979, Chris McCarrick received Christ, got married and moved from NJ to Oregon where he became grounded in the faith at Applegate Christian Fellowship with Pastor Jon Courson. There he began to serve in the ministry in various ways. Years later he returned to NJ, where he became involved in Calvary Chapel Old Bridge until the Lord called him to Toms River.

In 1994, his small home group grew into a church, which is now Cornerstone Calvary Chapel in Howell, NJ. After 26 years, his son, Mike is taking on the role of Senior Pastor at Cornerstone, but he will be remaining as a support in the ministry in a new role.

He, along with Pastor Lloyd Pulley had a vision to see radio in this area before The Bridge Christian Radio existed and his radio ministry, Upon This Rock,  has aired on The Bridge since it began. It can be heard daily at 4:30am.