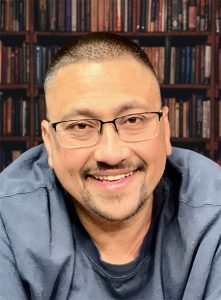 Light on the Hill

Pastor James Kaddis is the founding and Senior Pastor of Calvary Chapel Signal Hill in Signal Hill, CA. By the grace of God, Pastor James has been serving in the ministry for over 25 years. Since 1996, he has also served as a police chaplain. Pastor James has a background in the area of theology, network engineering, computer forensics, and law. He previously served as an Assistant Pastor at Calvary Chapel Downey and the Dean of the Calvary Chapel Bible College, Downey Extension. He is also considered an expert in the field of Computer Networking and Security, and has extensive experience working in that field with both law enforcement and other types of professional organizations.

Pastor James represents the first generation in his family to be born in the United States to parents that were both born and raised in Egypt, and was raised with Arabic as a second language in his home. This background has been used by the LORD to give James a love for biblical languages. In April of 2016, Pastor James married his beautiful wife Nicole, and is overwhelmed by the privilege to serve the LORD by her side! Pastor James’ teaching ministry spans across the nation through the “Light on the Hill” radio ministry and is also on the Pastor’s Perspective team as a permanent fill in.